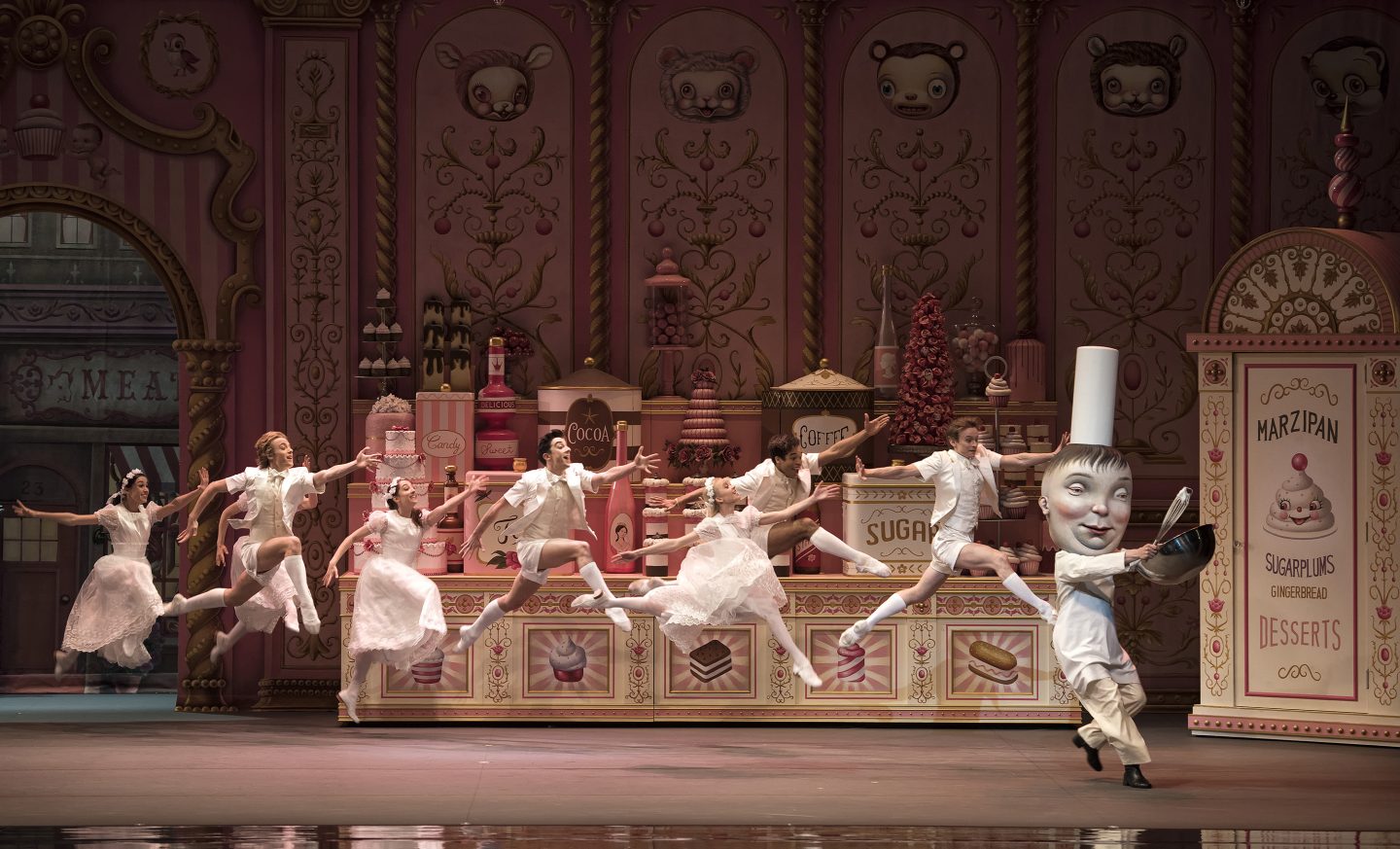 After months of anticipation I couldn’t wait to see Misty Copeland – the first black female principal dancer for the American Ballet Theatre (ABT) – perform live, at the Metropolitan Opera House (Met), in choreographer Alexei Ratmansky‘s ‘Whipped Cream‘. The years I spent taking ballet classes from the age of 3 reached a pinnacle when I participated in ABT’s first-ever ‘Dance Bermuda’ summer intensive in 2005. I grew and learned so much from the ABT instructors, and also from observing various senior local and international dancers that summer, and as a result I have always felt a special connection with Misty’s inspirational journey.

However my plan to see Misty pirouette in person was crushed when I was informed in the days leading up to the performance, that the casting had changed and she would no longer be in the show. Sigh. Both my Dad – who attended the show with me – and I were utterly disappointed. And when I say utterly disappointed I mean utterly.

Nonetheless, after coming to terms with the fact that what seemed like the perfect plan for a public holiday weekend was no longer what we had in mind, I was determined to make the most of our ballet-themed Manhattan hop by posing and bourréeing along the Met grounds. Clad in jeans and sneakers, I was not wearing the appropriate ballet slippers or pointe shoes – nor had I worn anything of the sort in years – but I surely got a kick out of my efforts to publicly flex my rusty ballerina skills for the camera! Ha! I may not have had a chance to see Misty but I was certainly going to channel her poise and elegance for a few moments! 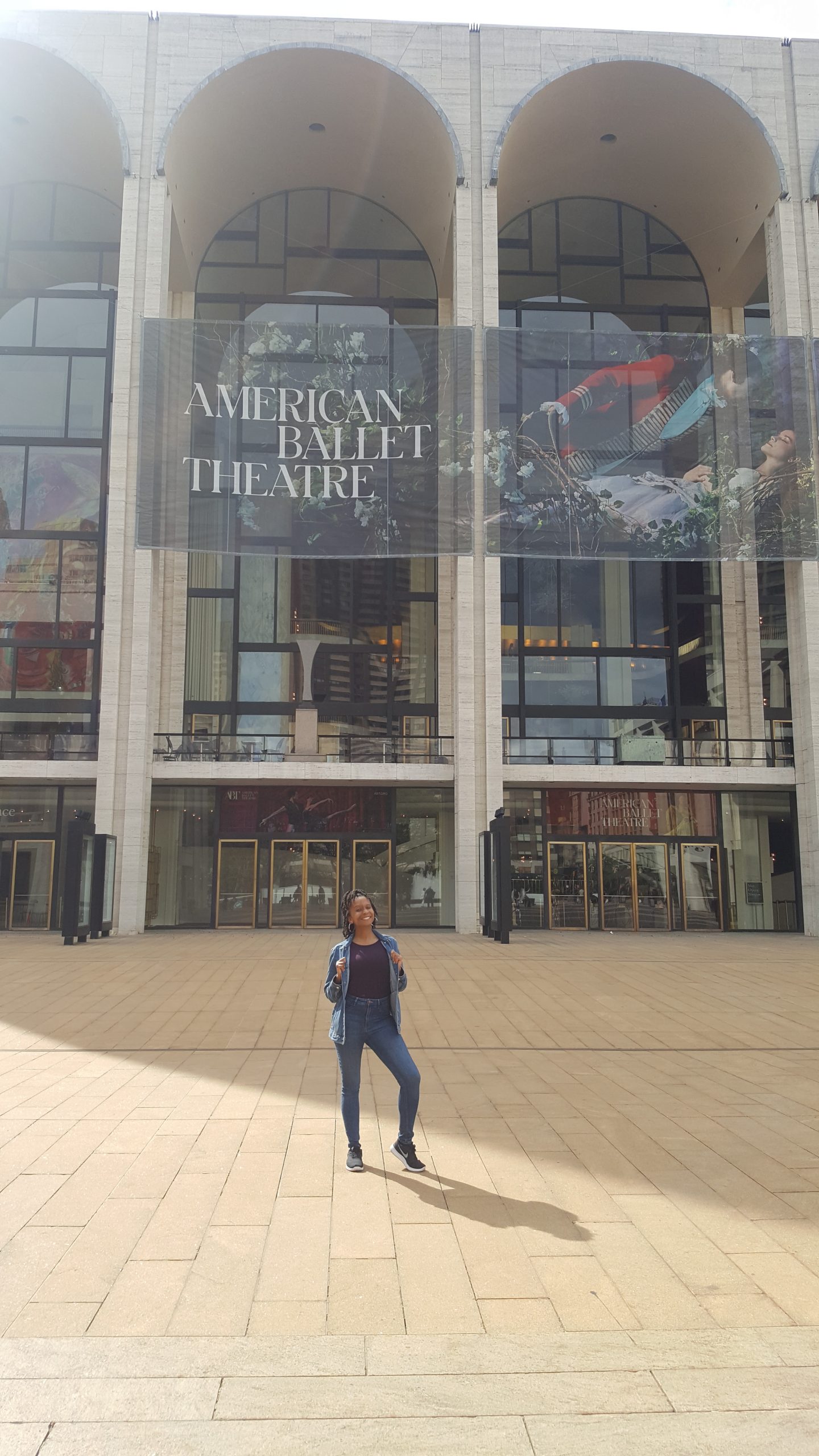 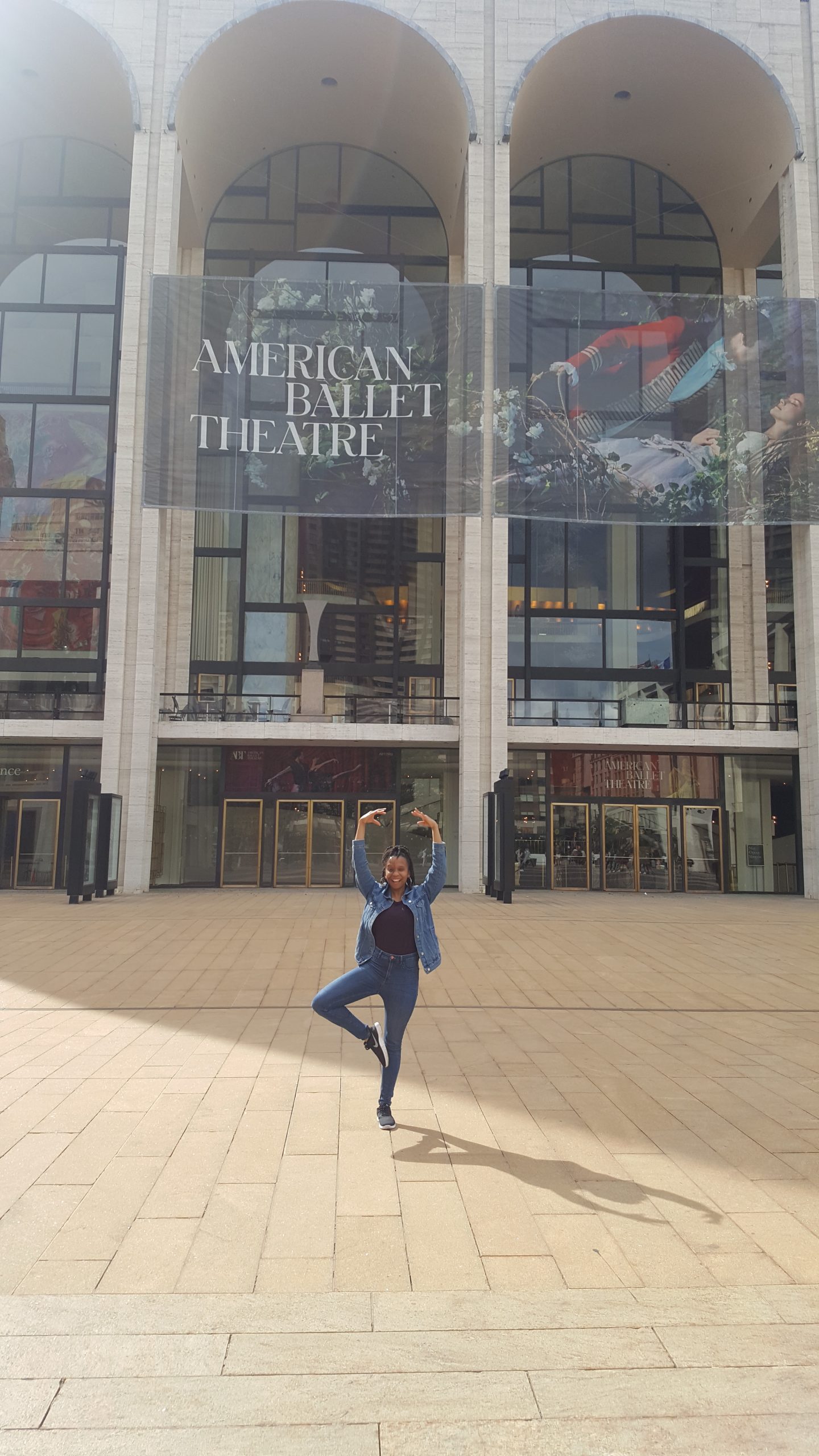 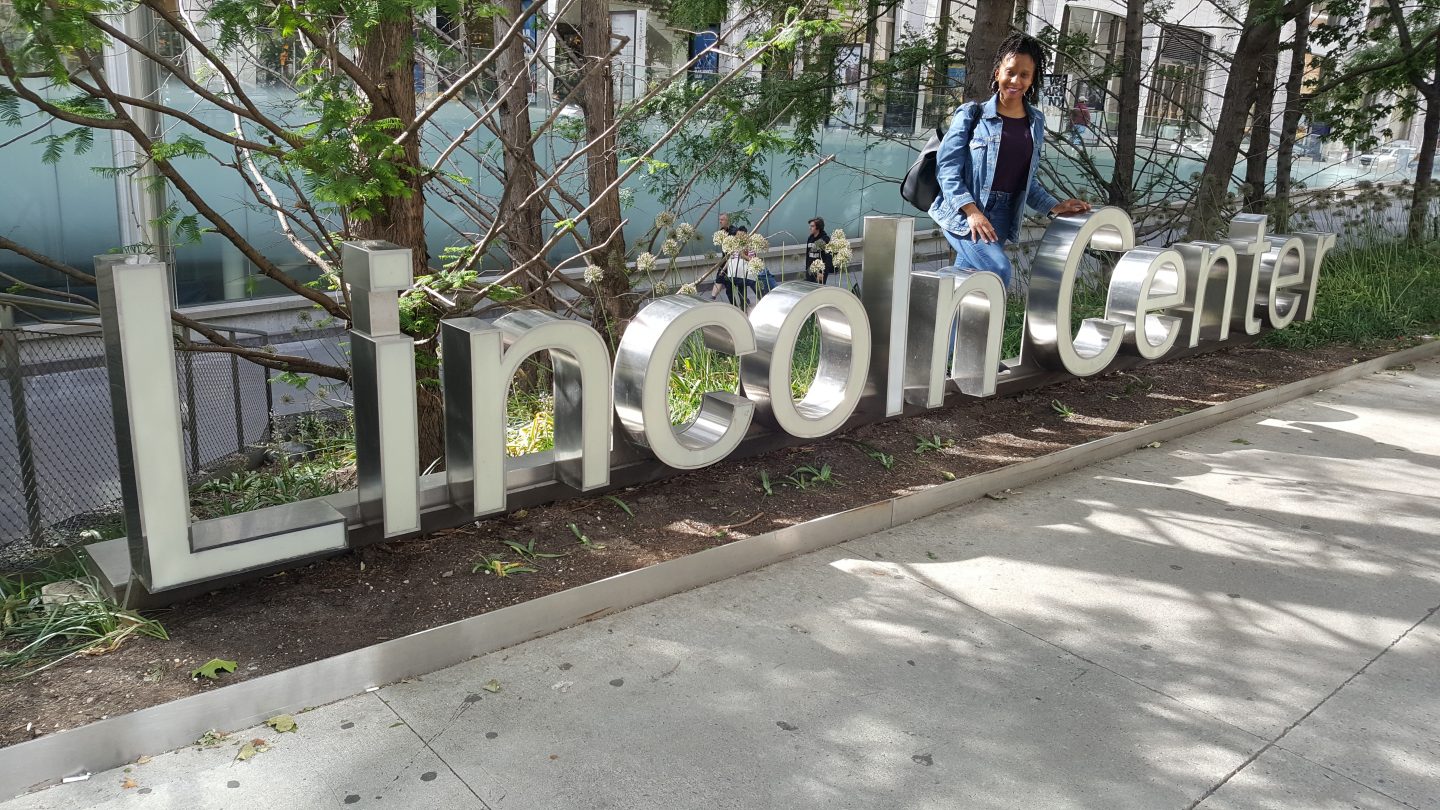 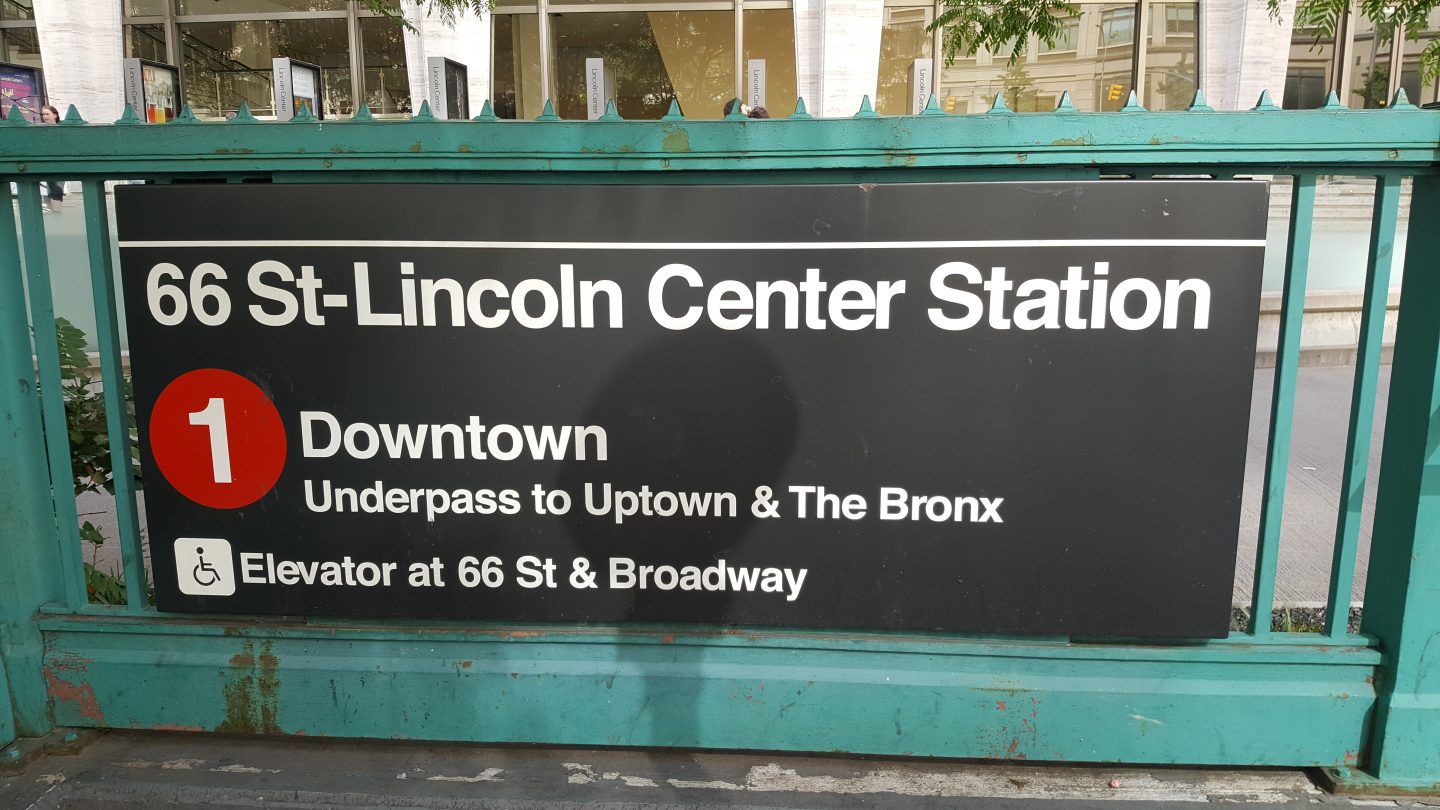 Before long it was show time and I wore a knee-length powder pink skirt adorned with a layer of black tulle and subtle silver sparkles, which I had specifically purchased for the occasion as it was reminiscent of a tutu. We sat a mere few rows from the front of the orchestra pit – stage left (seats 10 and 12 in row D of the Orchestra Prime section to be precise) – and how thrilling it was to have an ideal vantage point in such an iconic, majestic venue. The golden curtains were so tall (I remember thinking they appeared taller than those in London’s Royal Opera House, for comparison) and grand; and as they slid outwards dramatically at the opening of Act 1 and the lights began to dim, glittery icicle-flower-like chandeliers slowly elevated towards the elaborate gold ceiling.

Other black families and couples who had attended the show planning to support Misty sat around us; and I spoke with a few who shared their disheartened sentiments knowing the role of Princess Praline would be performed by an alternative ballerina to Misty (who by the way was named Luciana Paris). “That would’ve been Misty” I heard one lady whisper in the row behind me to the person beside her when Luciana first appeared. Some in fact were not even aware of the casting change until arriving in the theatre that night and, like us, had especially travelled quite a distance to see her; so they were particularly gutted. 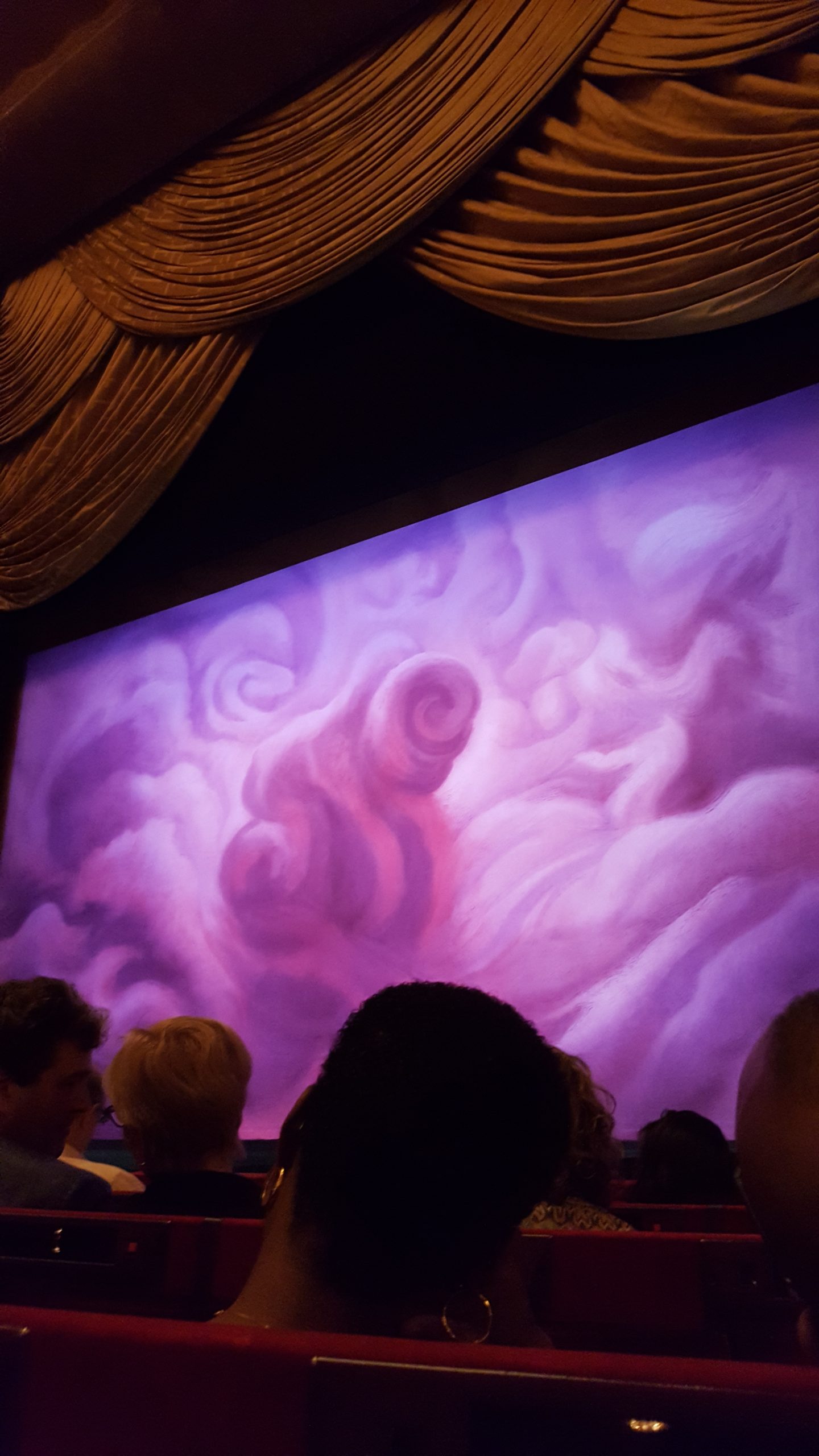 However, despite the obvious damper the show was, of course, full of ABT’s finest talents with outstanding technique and captivating levels of professionalism. We were particularly glad we had the opportunity to witness a former fellow Dance Bermuda participant perform as an ABT Company member. His name is Jose Sebastian and he had given me a heads up when I contacted him in the lead up to the show, hoping he’d be in it. In fact, he would’ve been partnering with Misty – what an amazing sight that would’ve been to see! – as he was often dancing alongside Princess Praline as one of Prince Coffee’s Guards.

Another dancer I was pleased to see perform was Erica Lall, who considers Misty Copeland a mentor, and who I had recently read about on Elle.com as ‘one to watch’. There was a certain lightness and bubbliness in her dancing style, and her love for dance radiated through her friendly smile.

With music and libretto by the late German composer and Wagner successor Richard Strauss, Whipped Cream was quite a charming experience. I felt like I was watching a Spring time version of The Nutcracker, or something of that nature, as there was a delightful blend of colours, sweet treats and magic wonderland vibes, with a touch of humour and a shade of darkness in the storyline as well. Gingerbread, Marzipan and Chocolate Chip Men, spear-wielding Sugarplums, Cake and Gumball Ladies, bouncy Cupcake Children, a Prince Cocoa and a Princess Tea Flower were all among the many vibrant characters, as well as a comical chef and doctor, both with gigantic doll heads. The set and costume design was beautiful and certainly transformed you into a dream full of wonder (thanks to designer Mark Ryden).

One of the scenes that stood out to me was when the stage morphed into a world made entirely of whipped cream, as dry ice covered the space and ballerinas gracefully glided around in white full bodysuits with a swirly point at the top of their heads like a whipped cream droplet. Diaphanous material draped along their costumes like an ethereal cape, and I remember thinking the whole aesthetic was so on-point creatively. 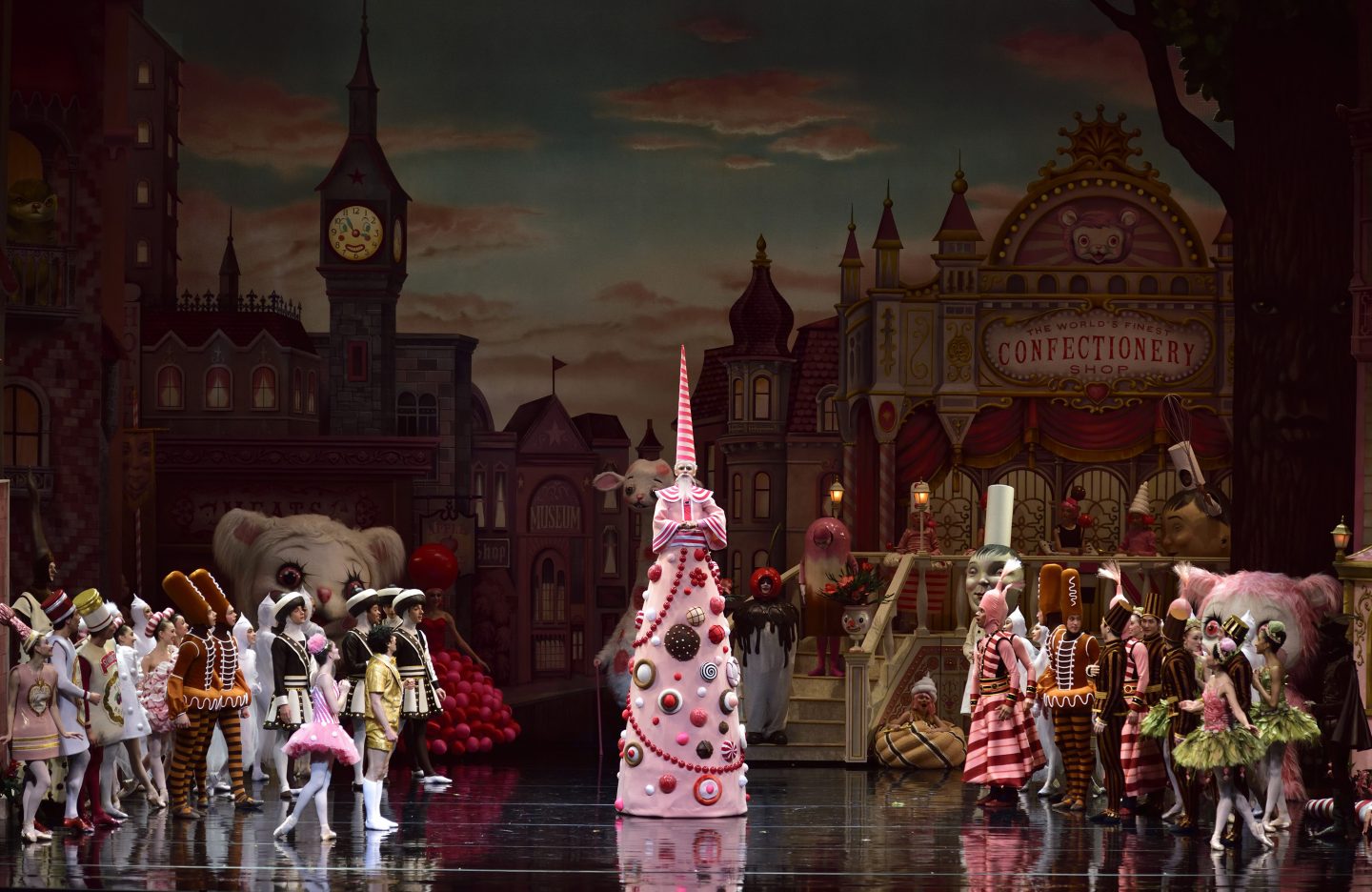 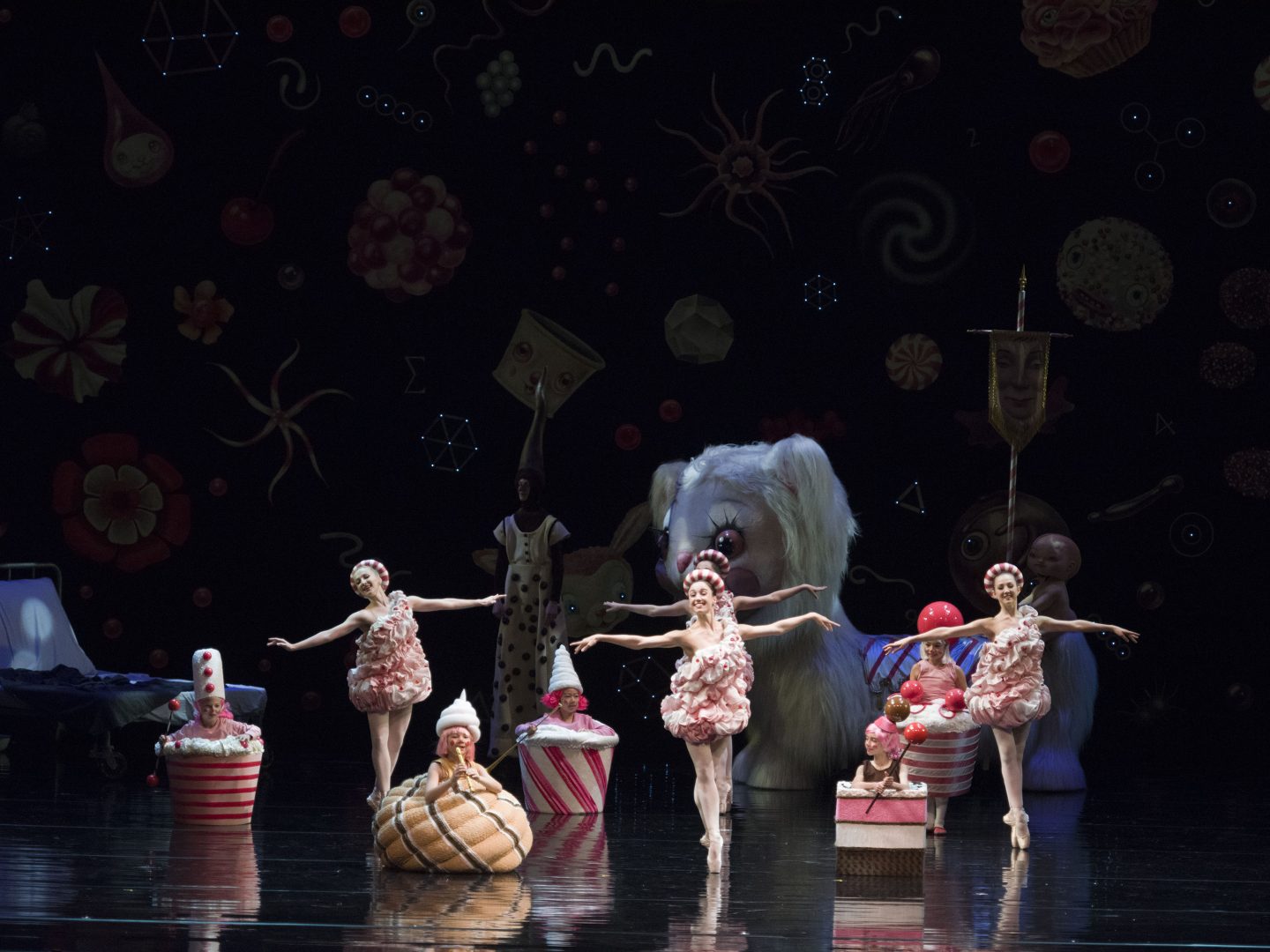 Following the show I purchased some souvenirs in the Met Opera Shop, and made sure to have a mini photo shoot both inside and outside of the theatre. I quickly discovered I wasn’t the only one with that in mind, as I met other ladies who asked if I could take their photos, so we assisted each other in achieving our picture-perfect goals for the evening.

And before I knew it that was that! The 8pm Whipped Cream performance on Saturday May 25th 2019 was over in the blink of a high-speed fouetté dipped in sugar-glazed pixie dust. 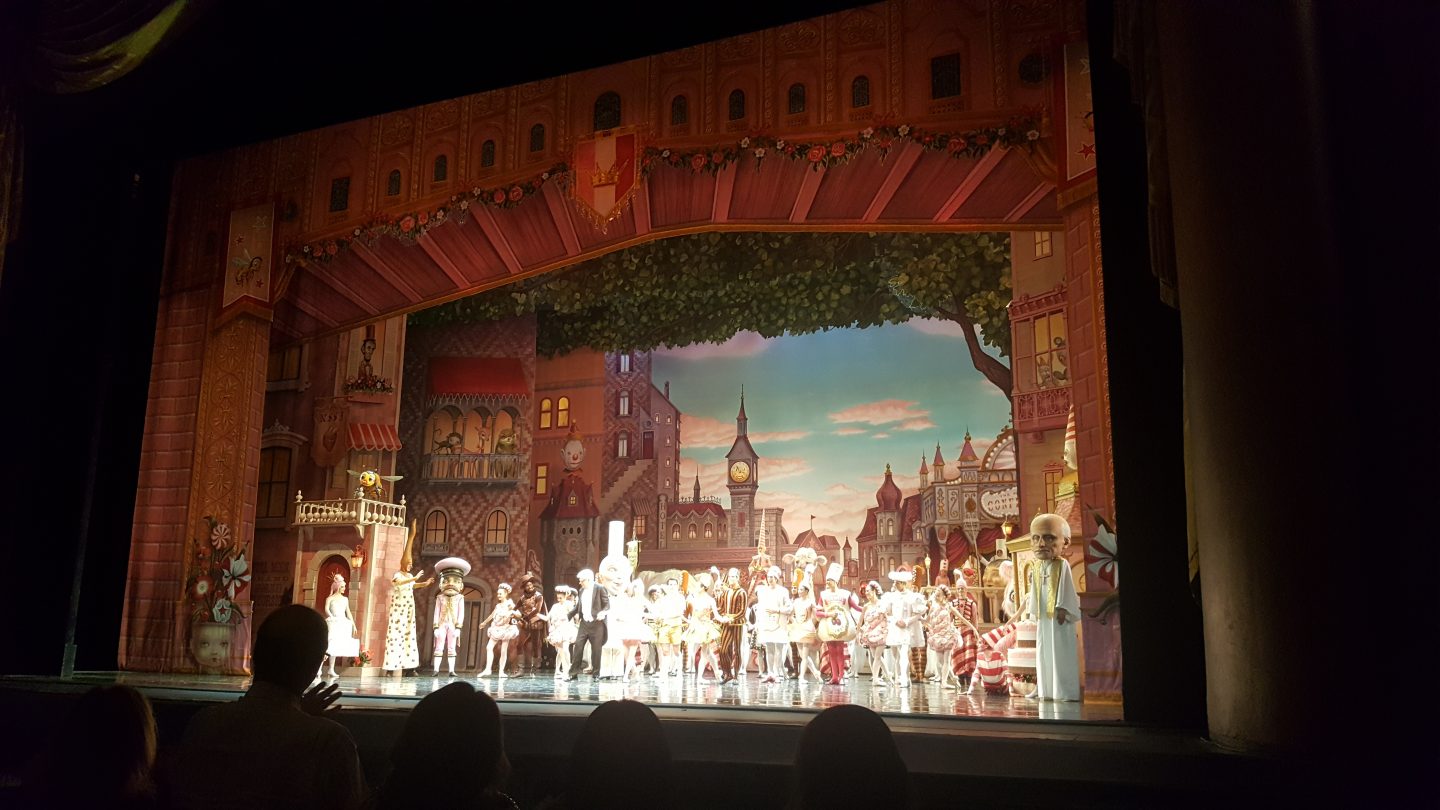 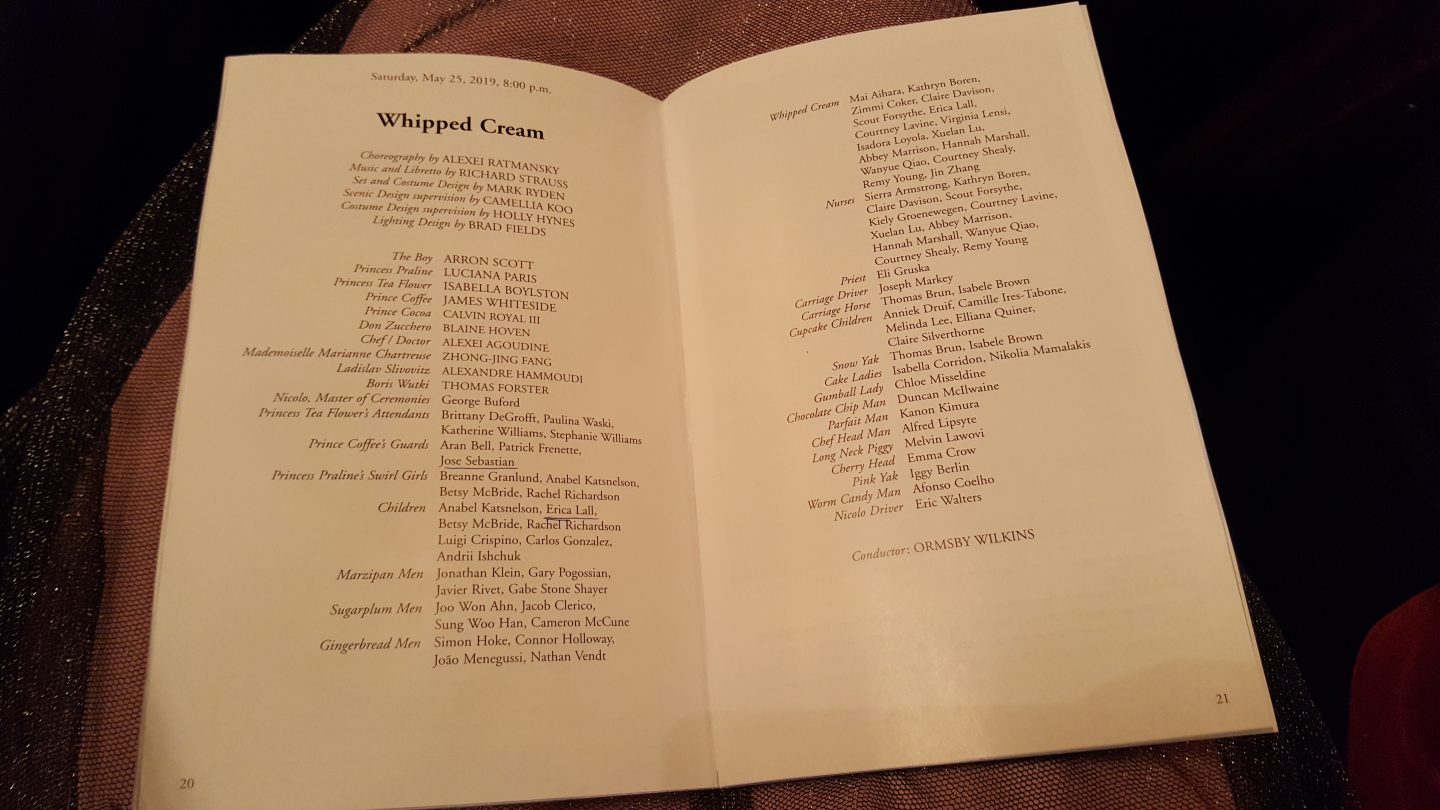 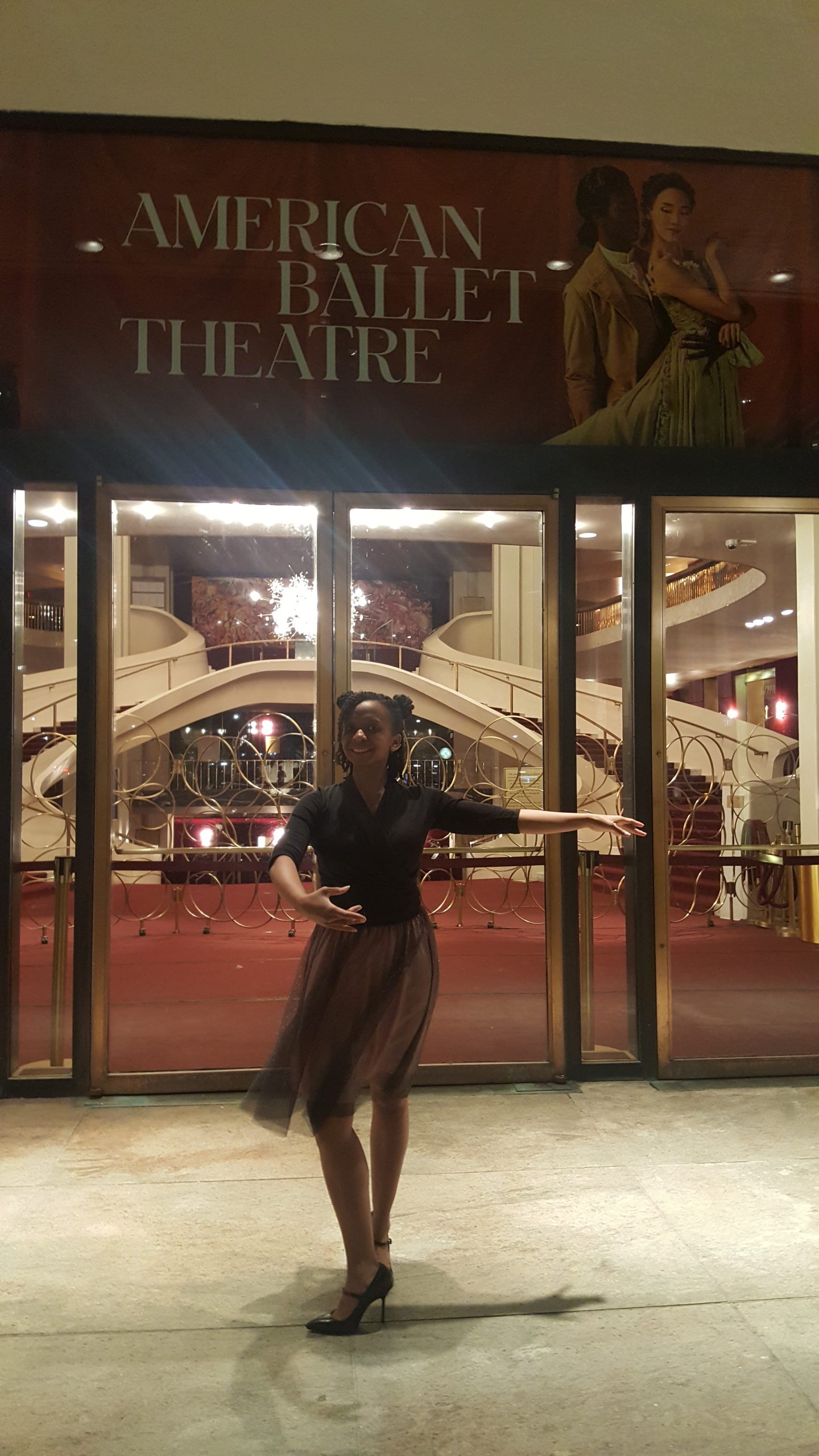 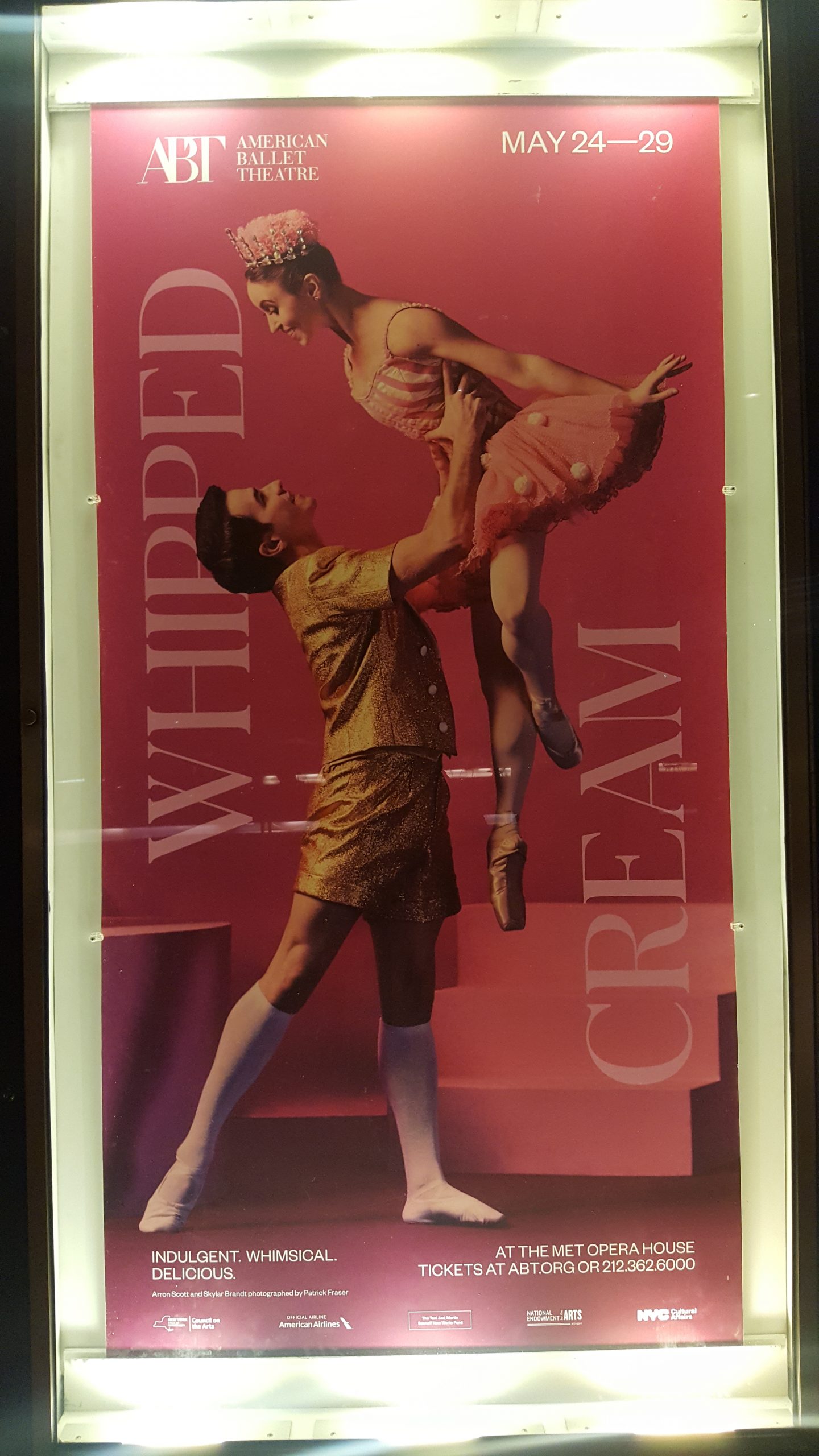 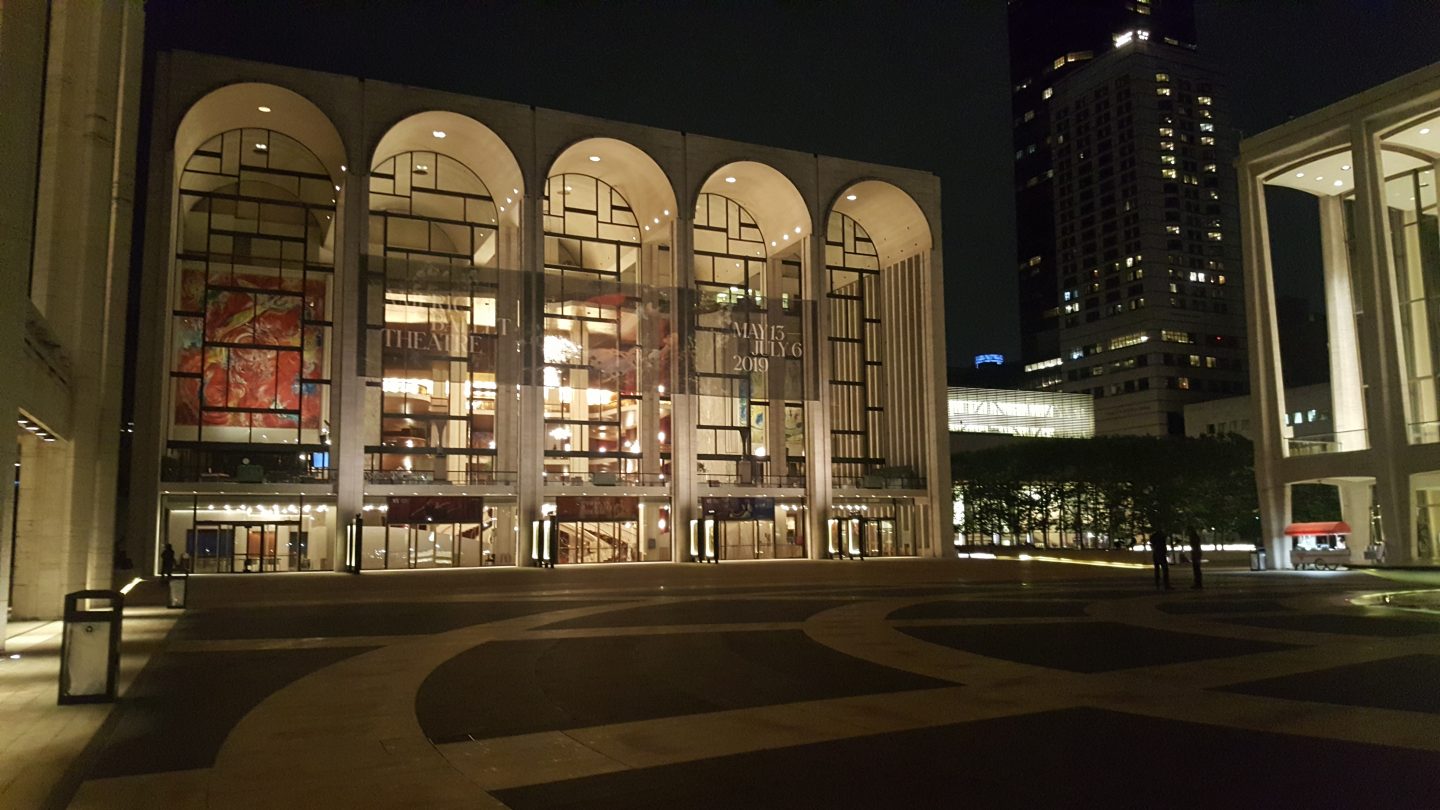