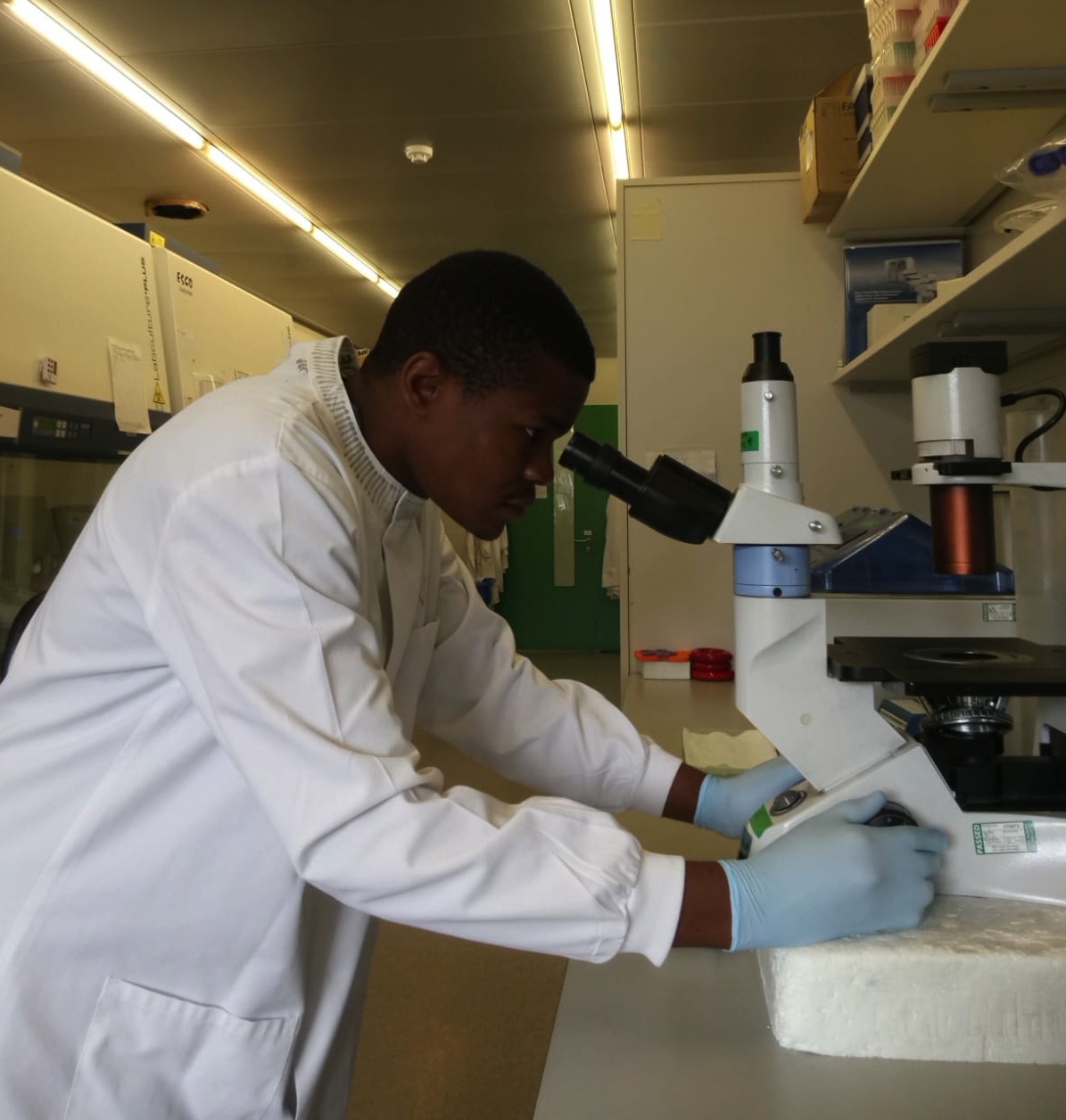 Hudson during his studies at University College London (UCL).

Meet Hudson Alakonya; a 25 year old Rhodes Scholar and married father of two toddlers, who is currently pursuing a PhD in Oncology at the University of Oxford. Hudson is from the rural Western Kenyan town of Butere, which is located in Kakamega county & city. He is also a member of the Marama sub-tribe of Kenya’s second largest tribe: the Luhya. “I come from very humble beginnings” he said, adding that he has also spent a significant amount of time in the coastal city of Mombasa. “After my high school education I was selected to join the Technical University of Mombasa for my undergraduate, where I did a Bachelor of Technology in Industrial Microbiology and Biotechnology.” After receiving the only distinction in his graduating class, he pursued a Master of Science degree in Cancer at University College London (UCL), where he studied cancer biology and genetics, and conducted a project focusing on the imaging of pre-clinical models used in cancer research.

Whilst his research at Oxford is similar to what he carried out at UCL, the focus of his current research is on molecular imaging of DNA damage in cells. More precisely, he is developing small imaging agents for accurate and early detection of pancreatic ductal adenocarcinoma under the supervision of Professor Bart Cornelissen and Dr. Samantha L. Hopkins. Wondering what that means exactly? Hudson gave the following explanation:

“Pancreatic cancer is currently the most lethal malignancy with a 5-year survival rate of less than 5%. The problem is it develops asymptomatically and only presents symptoms at a late stage when it is unresectable and recalcitrant to conventional therapies. Thus, coming up with effective diagnosis agents that allow early cancer detection would overcome this problem with greater ingenuity. With molecular imaging of DNA damage one can discover pathways to repair precancerous lesions that are prerequisites for the development of invasive tumours. DNA damage is the main cause of cancer in the body because it causes mutation, as it is the main molecule regulating the activity of the cell – telling the cell to either grow or not to grow. By discovering cancer at a molecular level we will be able to detect most tumours prior to the onset of their malignant transformation.” 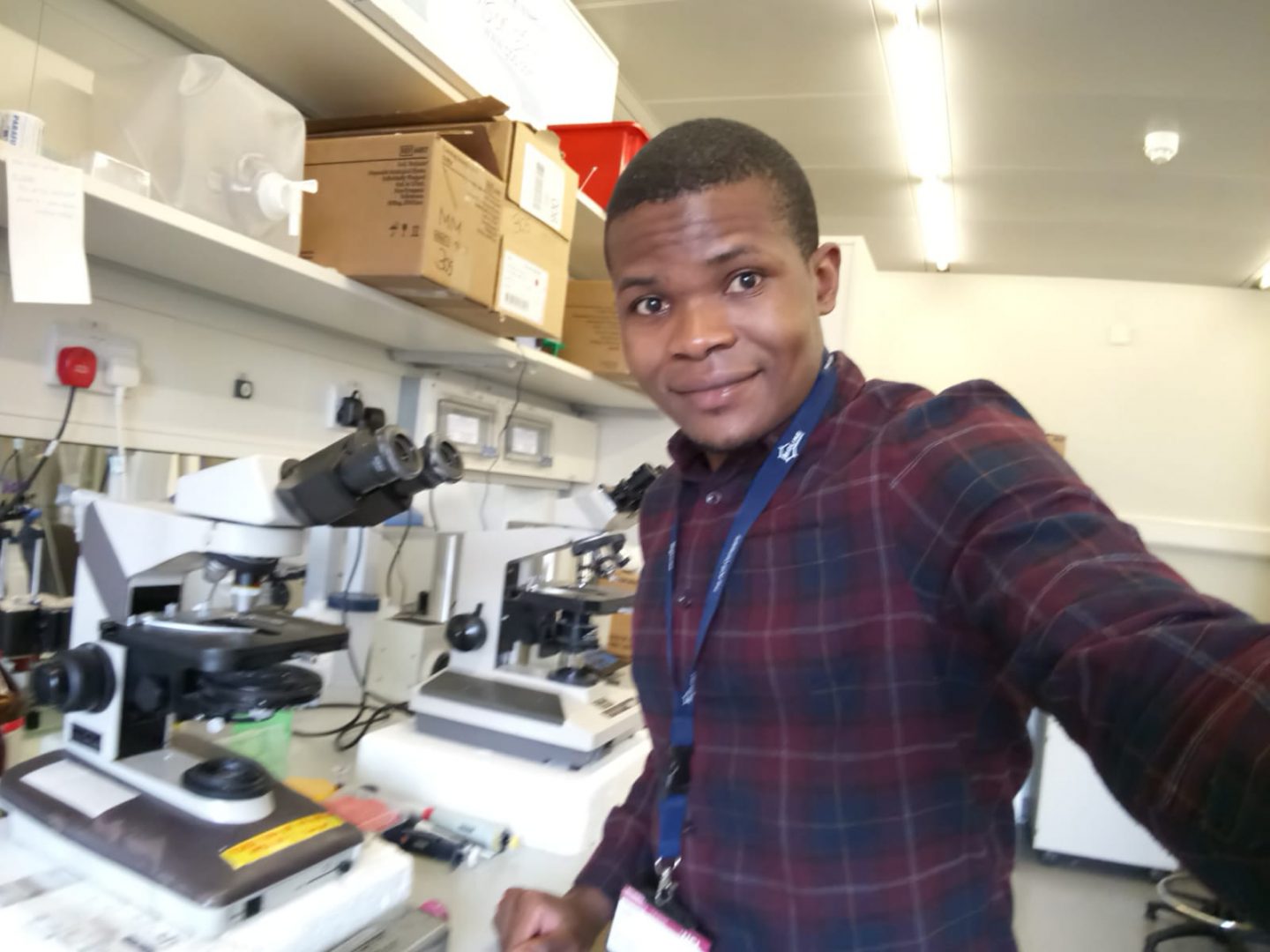 When we discussed the possible causes of cancer he said “I think I can say cancer is a lifestyle disease, because you find that the majority of risk factors implicated in carcinogenesis are part of our daily lives. The things we consume, those are the things that end up deteriorating the integrity of our DNA, and then bring cancer into our body.” To illustrate Hudson pointed out that people who smoke a lot increase their chances of developing lung cancer, just as those who are heavy drinkers are more likely to develop liver cancer etc., although he admitted that it’s not always that simple to predict that one will develop cancer during his lifetime: “The challenge is you find there is someone who has been smoking from when he was a teenager to 90 years and never develops cancer. Telling that person to stop smoking because they’ll develop cancer is very hard. But then there’s another person who just started smoking at 20 and then at 40 years he has already developed lung cancer…I think maybe the immunity varies from one person to another, but more research needs to be done.”

Elaborating further on the lifestyle influences of cancer Hudson discussed the impact of consuming red and processed meat, which much of the world relies on, and which he believes sparked the first incidents of cancer in Kenya and the world at large. “While the current generations are evolving to be more carnivores than omnivores, scientific evidence has proven that individuals who rely on red meat and bacon are at increased risk of developing cancers of the colon, pancreas and stomach.”

On whether he believes a vegetarian or vegan diet decreases the risk of developing cancer he said “I think with most people who eat veggies there are very low cases of cancer and maybe diseases in general, because I think most of them are natural and contain various vitamins that make the immunity very strong. Fruits and non-starchy vegetables protect against developing cancers of the colon, mouth, esophagus, stomach and lungs. They contain less mutagens compared to other foods and also they boost the immune system of a person, which is vital for fighting cancer.” 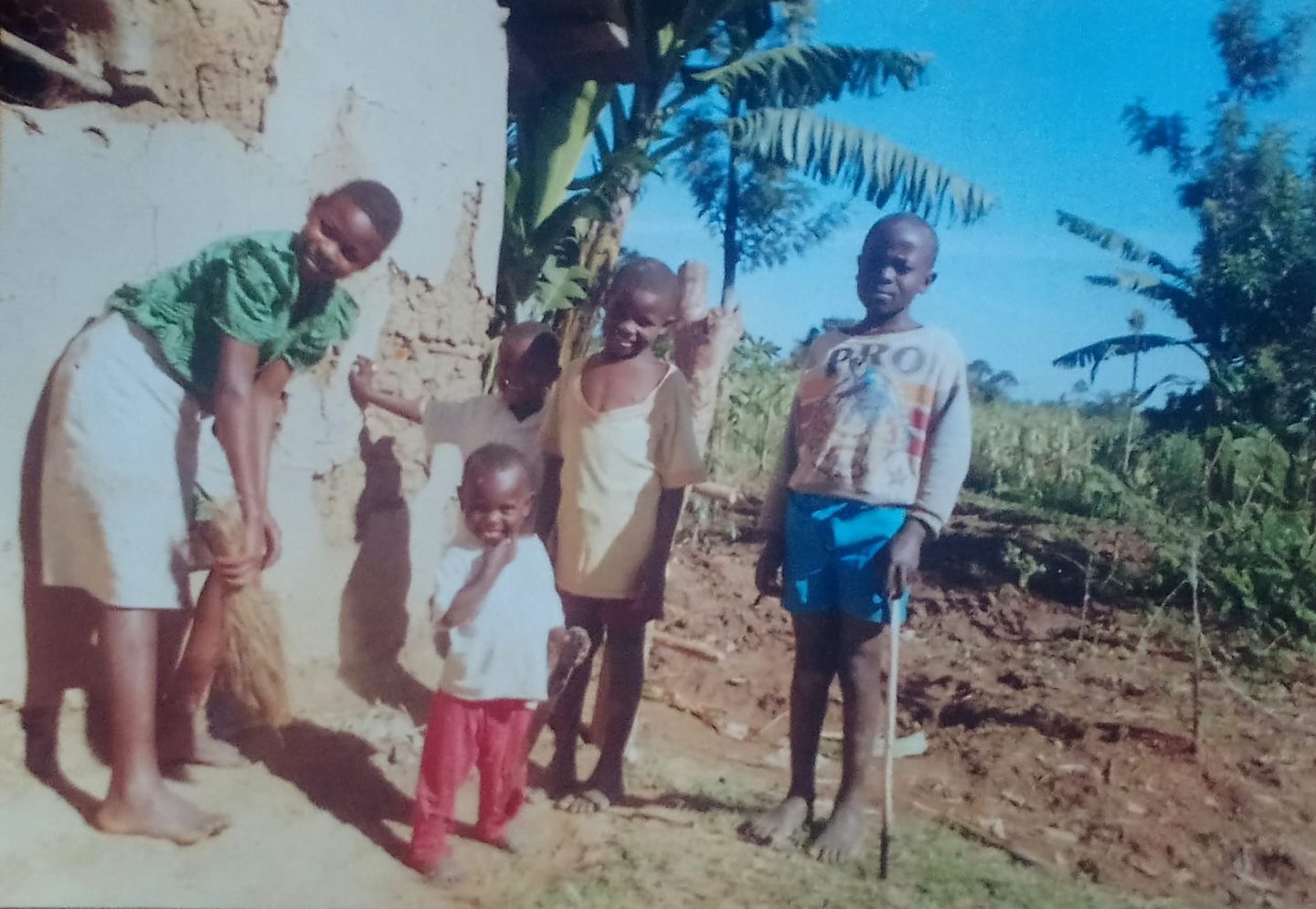 I also asked about ‘junk food’ such as candy, and he discussed the impact of sugar: “Sugar is the main source of energy for the body, and the cells need energy to grow. High sugar consumption is a major cause of obesity that is highly implicated in colon cancer, pancreatic cancer and breast cancer, among others. And for people who develop cancer, if you eat a lot of sugar then it makes the cancer grow more and proliferate very fast.”

Hudson said he was inspired to pursue a career in cancer research and play his part in eradicating the awful disease, after witnessing a dear relative suffer and subsequently succumb to the illness. “When I was in my last year of primary education one of my uncles, Manyasa Makero, was suffering from throat cancer, and I remember those moments were very painful because I used to visit him, and he could not eat. We could not get finance to take him to a better hospital for treatment; so he had to suffer for some time, and then he died. From that time the spirit of specializing in the area of cancer research developed in me, and when I finished my high school, I wanted to do a course that is pertinent to the area of oncology, but unfortunately there is no university in Kenya offering that kind of course. That’s how I ended up doing a Bachelor of Technology in Industrial Microbiology and Biotechnology.” However, upon the completion of his undergraduate degree program Hudson decided to apply for scholarships that would enable him to travel abroad and follow his dream, and in 2017 his outstanding academic record earned him the prestigious Rhodes scholarship. 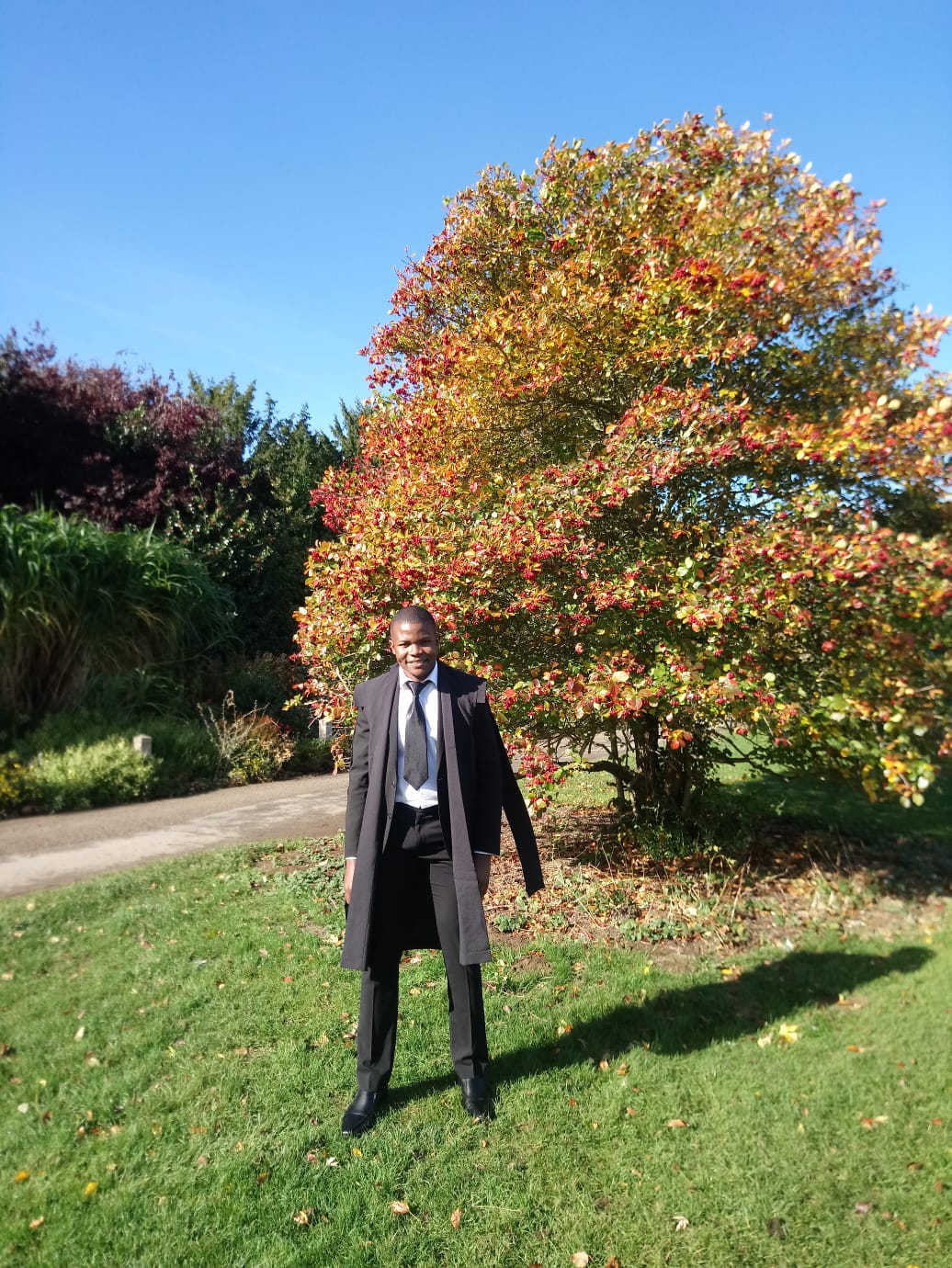 Hudson at Oxford on matriculation day.

In the short term Hudson would like to become an Oxford University Professor while furthering his career as a Research Oncologist specializing in molecular imaging, but ultimately: “my long term goal is to go back to Kenya and help those suffering from cancer, and also to prevent future incidents.” He said the number of cancer cases in Kenya has increased rapidly over the years and stressed that apart from cancer research and treatment “we need cancer awareness…cancer awareness is a very effective primary preventive measure that can curb the skyrocketing cases of cancer in Kenya.” However, challenges the country faces in this regard include the lack of both a cancer research laboratory, which he noted is costly to set up, and cancer research specialists. In fact, he believes he might be the first Kenyan student to pursue a PhD in Oncology at Oxford.

Nonetheless despite such obstacles Hudson is making phenomenal progress towards achieving his goal. He has created an organization called Cancer Research Kenya , through which the primary objective is to initiate cancer research and carry out cancer awareness activities (for example, through social media). “It’s difficult to run because I’m based in the UK and it’s supposed to be running in Kenya” he said, adding that another challenge is getting people interested and possibly training them online, e.g. via Skype. However, he believes he’ll be able to make more progress with the organization when he returns to Kenya following the completion of his studies.

Although Hudson misses his wife, children and the community-oriented culture that he’s accustomed to, he said “getting to Oxford is the best thing that ever happened in my life.” He particularly highlighted: “meeting new intellectual ferments, experiencing the real world of science that used to be a fiction during my time in Kenya, and above all living in an old, beautiful and erudite city.” 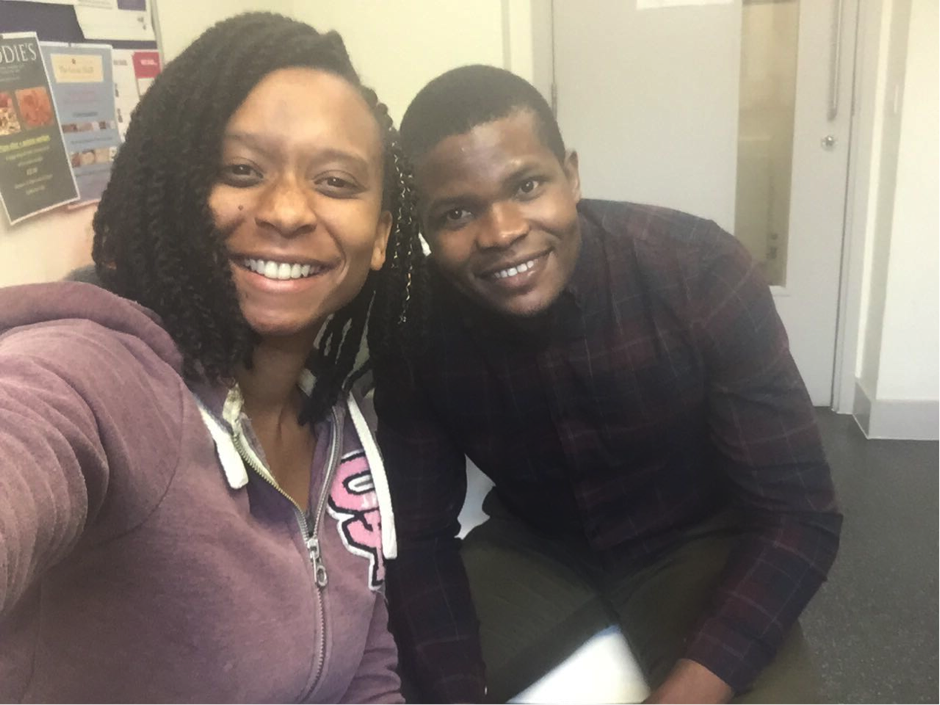 Hudson tries to use every opportunity to empower and inform other Kenyans about various scholarship opportunities to study abroad (e.g. via Facebook), as he realizes not everyone has access to such information. “Most of the students who get scholarships are from the bigger universities in Kenya” he expressed, and  “some people just want to keep these opportunities to themselves because they’re limited and they only want to share them with their close friends and family members.” So far Hudson has assisted four men who are currently studying in various countries as a result of receiving scholarships.

To learn more about Hudson and his research visit: 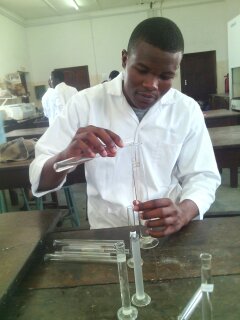 Hudson during his undergraduate studies at the Technical University of Mombasa, Kenya