I washed my hair and went…

I put Surishae + Co.’s cocorose and hibiscus curl soufflé throughout my hair after washing, although I wasn’t sure if I put enough or smeared it through sufficiently.

This was my first attempt at a ‘wash & go’ by the way, and I was quite pleased with the way my hair shriveled into a nicely-shaped bob. Although the fact that after it air-dried I had to put on a satin hair bonnet and helmet to ride my motor bike to the first party may’ve had something to do with it. If so, that would certainly be one desirable form of ‘helmet hair’! lol

I was also pleased with the fact that there was some noticeable curl definition, although I was hoping for more.

Friends at both parties complimented me on this look as well. 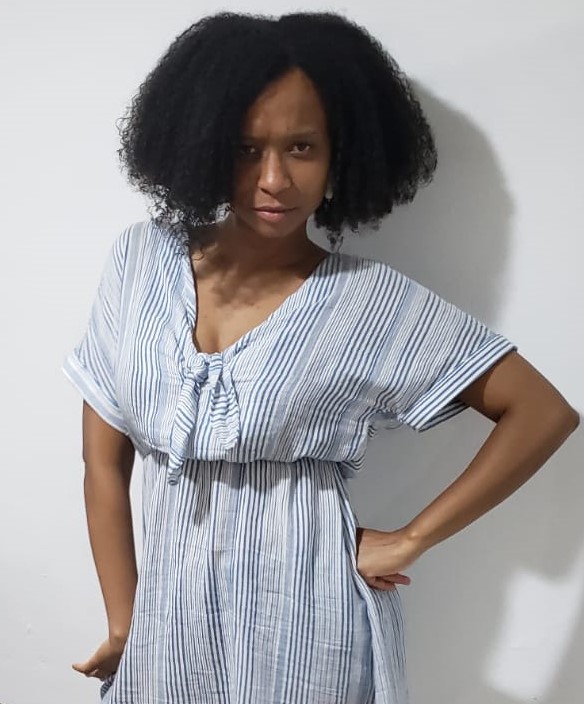 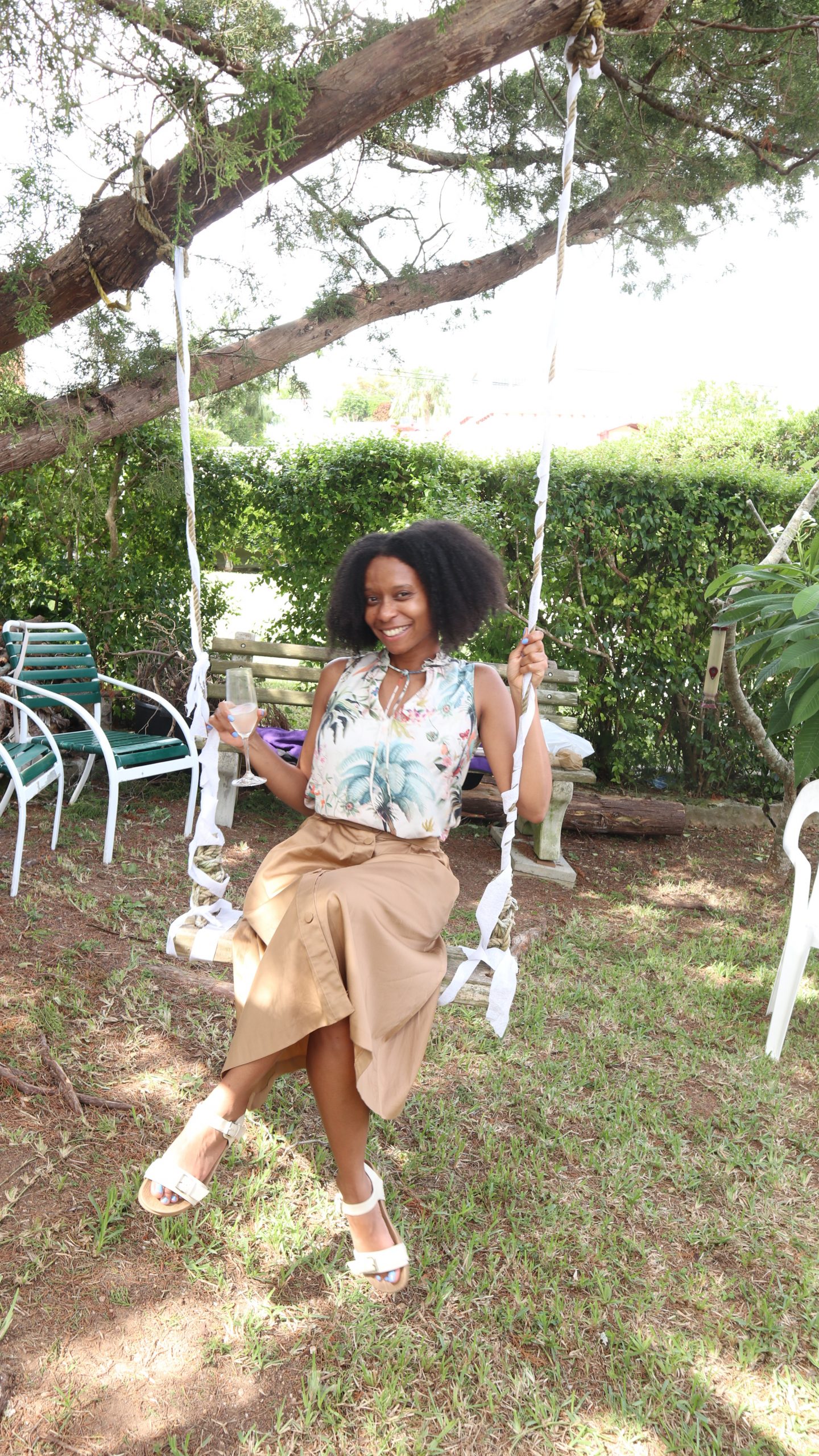 A mutual friend picked me up to head to the baby shower together and I was in a MAD rush. I jumped out of the shower and literally only had a brief amount of time to fiddle with my hair. I threw in whatever I thought it needed to keep the curl definition and softness; while also damping it dry a bit with a towel since I didn’t have the time to sit around and let it air dry without it dripping all over the clothes I was wearing to the baby shower, and the seat of my friend’s mother’s car I was about to get a ride in. The products I used were a bit of KeraCare’s butter cream, coconut oil, Surishae + Co’s cocorose and hibiscus curl soufflé and of course I would’ve already had leave-in conditioner in my hair (KeraCare’s).

Although my hair felt soft, I noticed it looked dryer and frizzier than the last time I did a ‘wash and go’ style. There was definitely not as much curl definition, which could’ve been down to me not having the time to put enough product in my hair and/or having to pat it with a towel a bit to accelerate the drying process (and therefore probably absorbing some product in the towel rather than my hair only).

My friend who picked me up asked me at one point when we were sitting off sipping mimosas and eating cake, what I was doing with my hair and said she’d have to show me how to do the ‘finger curl’ (which is what I thought she had said and I had never heard of it, but when I asked her much later she said she was referring to finger combing). Lol, either way I figured she could sense that I hadn’t quite yet nailed the technique necessary to manage my hair effectively, like many of us black women. She (who by the way is a sistah as well) is a big fan of natural hair blogger/vlogger/entrepreneur Whitney White (Naptural85) in particular, and has followed Whitney’s natural hair care journey for years, so I assume she’s learned a lot more tricks of the trade than I have in the process. 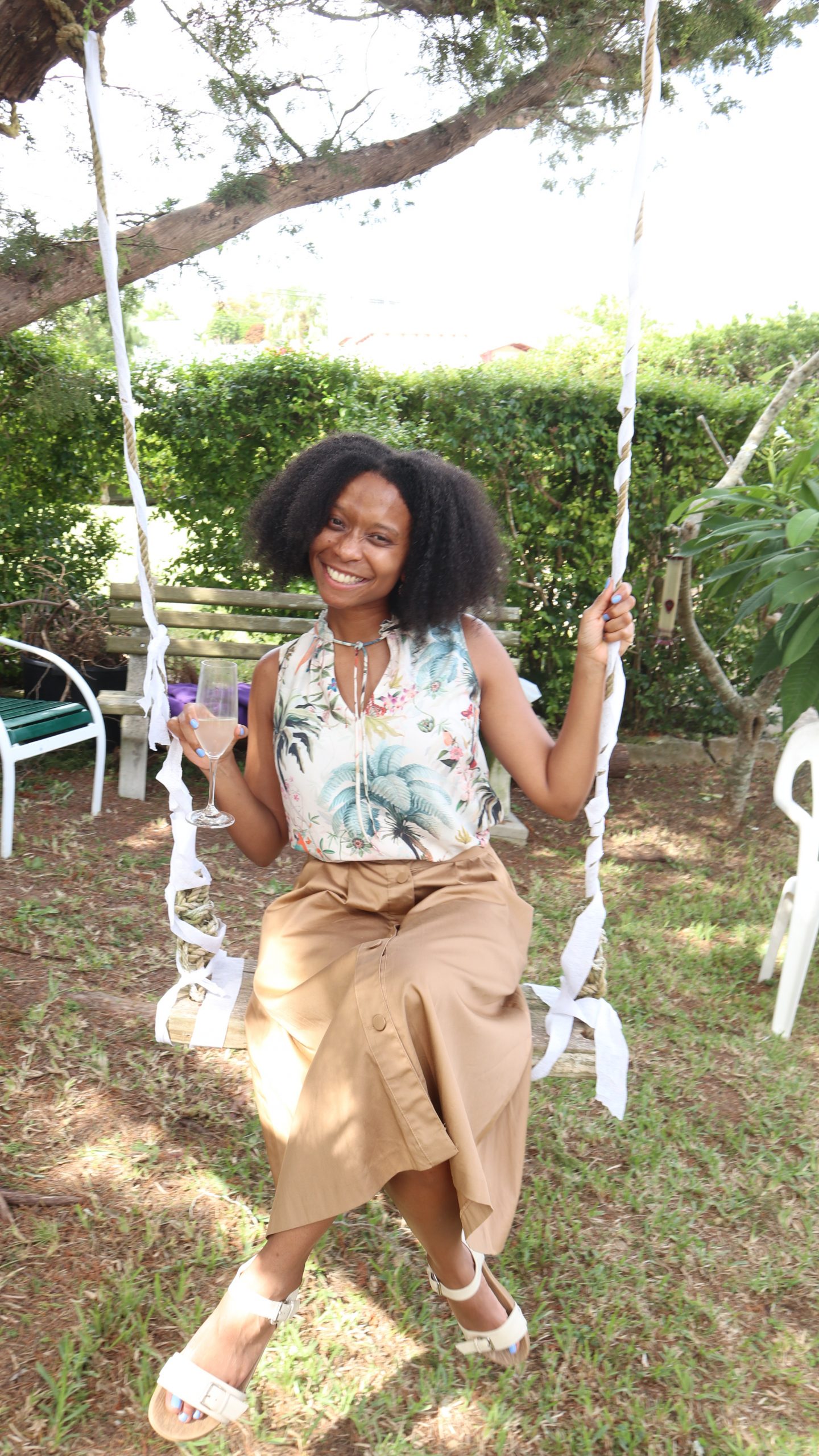 I don’t know why the bit of hair in front on the right side of my face looks shorter than the rest…maybe I had a bit more product on that one so it shrunk more…it could also just be the camera playing tricks (lol)….or maybe it’s a bit of breakage due to my hair management struggles since deciding to go solo and not rely on hairdressers this year! Either way, natural afro hair can be full of surprises, as it has so much character!

3)…To an incredible Halloween cave party.

Yes that’s right, the green lights behind me illuminate the entrance to an actual cave, filled with beautiful stalagmites, stalactites and turquoise water pools! And add to that a DJ spinning smooth, groovy house music – further elevating the whole vibe. 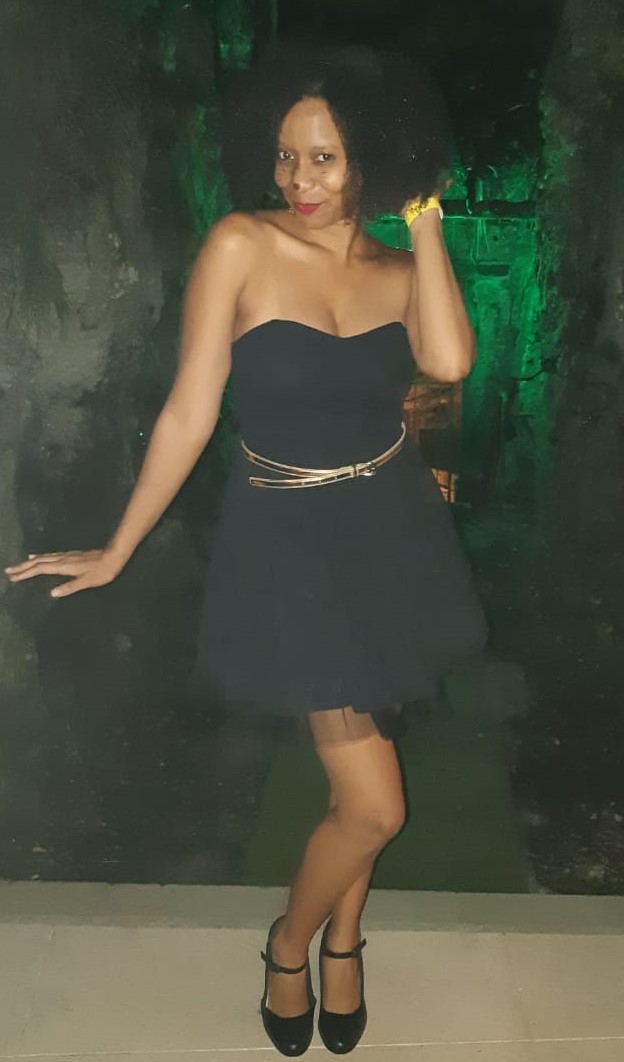 Now this story was hilarious. Well, not while it was happening as it ended up being a hair NIGHTMARE, but it cracks me up whenever I think about it lol.

So…It was my understanding that aloe vera gel – straight from the plant – was good for both washing/treating and styling your hair, and that it adds an extra touch of softness and curl definition. As a result, since I had already tried using it as a treatment ingredient, I thought this time I’d try using it as a styling gel for the first time (and really, if I had the time, I would’ve tried it the last time – when I went to my friend’s baby shower).

I extracted the gel from the plants in my backyard again, blended it in the blender and had it sitting in a container ready to be run throughout my hair right after washing it and before heading out that evening.

I remember having to remove little aloe clumps from parts of my hair that I noticed in the mirror reflection, as the blender didn’t blend the gel 100% perfectly, so I tapped a touch of Surishae + Co’s cocorose and hibiscus curl soufflé on the relevant parts of my hair to try to fix the problem and ensure that any clumpy bits were embedded enough for it to not be noticeable at the party.

When I left the house my hair looked pretty good; but by the next morning it had morphed into a dried-up, spider’s web-entangled ‘Brillo’ pad! I was so shocked and confused, having also just given my hair a treatment the night before, with it looking shiny and feeling soft.

I tried to detangle it off and on for a couple of days, but it was unlike any bad hair day I had faced before. My Dad tried helping me with the knots and clusters I was tackling…it was like an obstacle course for our fingers! haha We were lost for words and it became clear that my entire head was in trouble, rather than isolated sections, as there were strands woven into others, coming from all different directions and whatnot.

As a result, I called my hairdresser. It was an EMERGENCY. I could see that some of the knots were getting worse and others just weren’t getting much, if any, better; so I knew I needed professional help to avoid breaking chunks of my hair off. As my Dad said “you’re gonna have to go back to square one.”

I described my situation to her over the phone, and she told me if it was really bad she might have to cut it off! “NOOOOOO” I thought in horror!!

Thankfully she was able to see me within about an hour, so I got ready and rode my bike into town to sit in the comfort of her salon chair. I watched as knots and strands fell to the floor as she separated parts of my matted hair. There was breakage but thankfully not anywhere near as much as we thought it might be and she didn’t have to cut off a thing. I was so relieved to be in her care, and after hours had gone by, my hair was detangled, washed, treated and styled in the tiny blow-dried out 2-strand twists that she always does so well! I had decided not to rely on hairdressers this year, but after this experience I knew my hair needed some serious TLC. So I asked her to give it a wash, deep treatment under the hooded dryer and style – knowing she’d do an excellent job, give my hair the moisture it needed so badly, and top it off with beautiful twists (which by the way, she finger parts so each twist falls neatly into place, avoiding the checkerboard combed parts) that would last a while; giving my hair a break from my trial and error experiments.

I felt GOOD stepping out of that hair salon with a full head of fresh, healthy-looking hair. What an ordeal! haha Thank goodness I had a great hairdresser to save the day.

The moral of the story: DO NOT TRY THIS AT HOME FOLKS. Not unless you’re going for the messy, matted, dreadlock look. 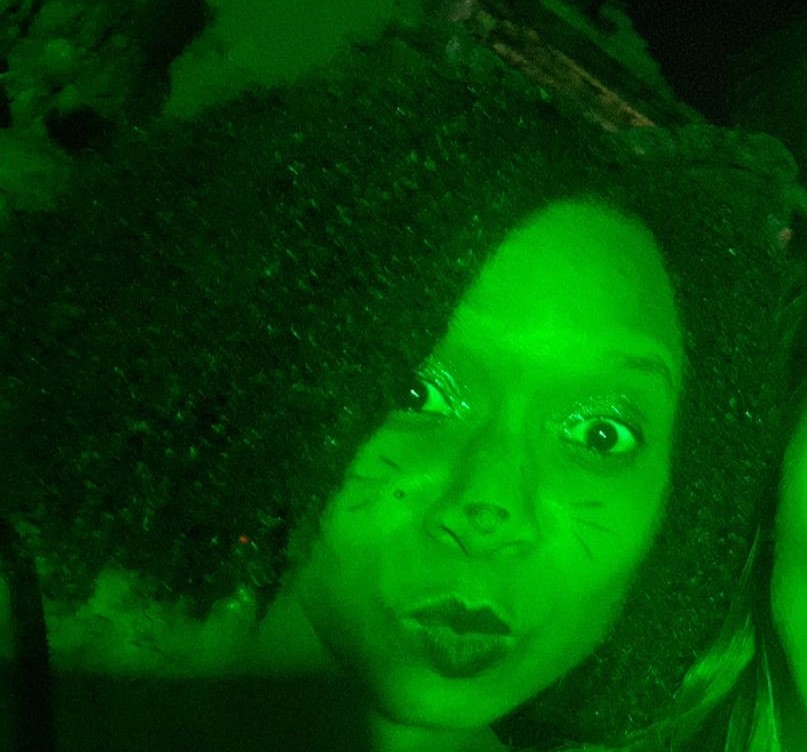 Since this experience a friend told me they use aloe vera gel in their hair to style it, but only when mixed with other products. However, my hairdresser told me it shouldn’t be used to style and that it should only be used when it will be washed right out.

Me personally, I most definitely do not plan on using aloe vera gel to style my hair again, whether mixed with other products or not! If it’s a reputable store-bought product that happens to have aloe as an ingredient then maybe…just maybe (as some products I already have do supposedly contain aloe also)…depending on how I intend to style my hair, and how long I intend to leave the style in for.

Below are photos and videos of me excitedly getting the aloe vera gel ready to apply to a ‘wash & go’ for the first time! (covers eyes lol)